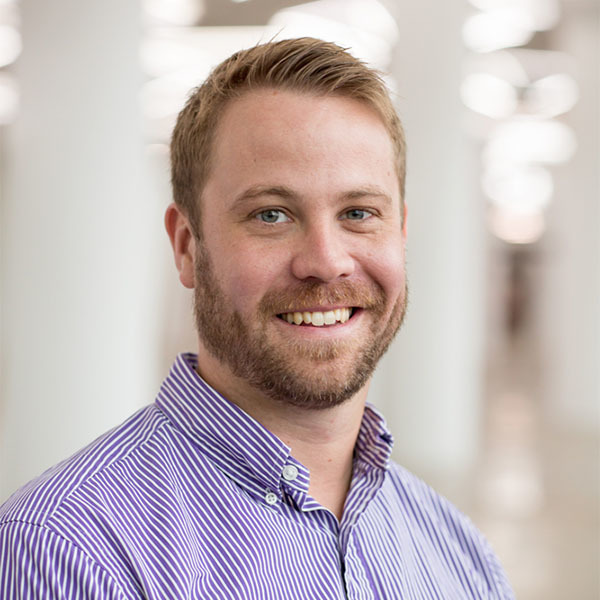 Andrew received his degree in Biological Sciences from Notre Dame in 2011.  During his senior year, Andrew led an innovative independent research project concentrating on antioxidant effects on growth factor pathways in breast cancer cells.  Andrew received his Master’s of Science from the University of Notre Dame's Engineering, Science, Technology and Entrepreneurship Excellence Master's (ESTEEM) program in 2012.  Andrew co-founded enFocus in May of 2012 as a student, and was hired as one of the first enFocus Fellows in August 2012.  Andrew went on to hold positions such as Senior Fellow Project Manager in 2013 and Director of Operations is 2014.  In early 2015, Andrew was hired as Executive Director of enFocus, charged with guiding the organization's growth and business strategy.  As Executive Director, Andrew has led the continued growth of the program into two Indiana communities and has managed the completion of over 120 sponsored business and technology projects for over 75 regional companies.  These projects have created over $75 million in business value for sponsoring entities and have attracted over 650 recent graduates to enFocus.  Andrew enjoys spending time with his son, Ethan, in his spare time and also plays the cello.